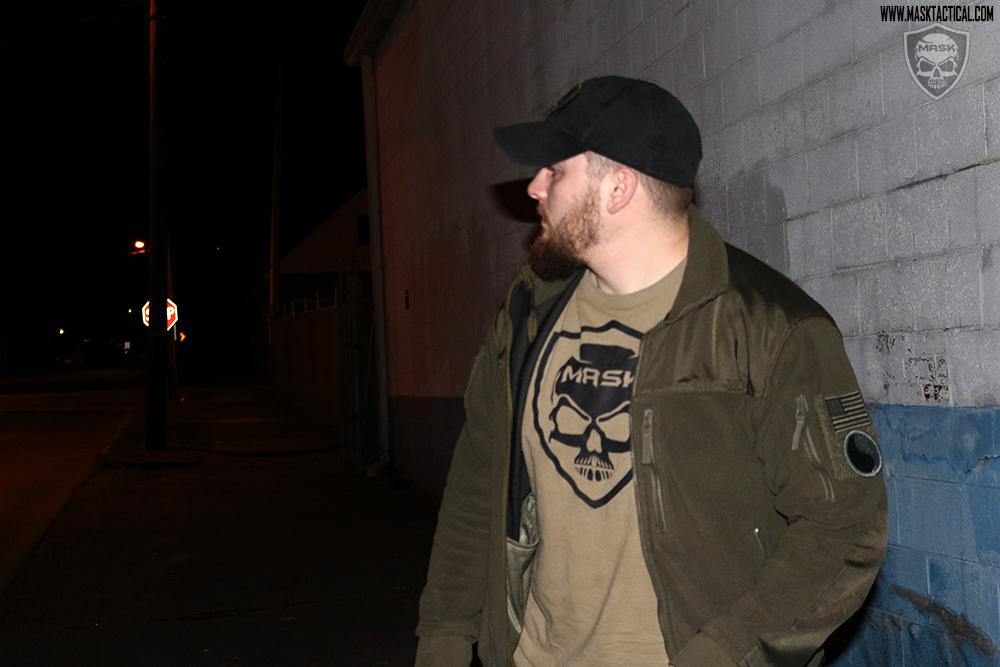 Escape & Evasion is all about avoiding capture, and the key to that is to avoid detection in the first place. Living prepared means we train to never put ourselves in these situations to begin with though. For whatever reason, if you get into a situation that you need to escape, knowing how to avoid detection is the key to avoiding recapture. Escape & Evasion situations are not the most common thing to occur but it only takes one close call to wake you up, and that’s saying you make it out of it alive. People get kidnapped, people get raped, there’s home invasions happening more frequently, and with all the unrest going on in the world and especially here in the USA you can never be too safe. The first thing the majority of people say if they’ve been the victim to these types of violence, or any act of violence for that matter, is that they never thought it would have happened to them, or happened in their neighborhood.

However, for the sake of premising this post with a realistic example.

Let’s say that you’re a woman. You’ve been dating this new guy for awhile now, and you might feel pretty comfortable with him, but you don’t know everything about him. Maybe he has some unchecked and hidden anger issues. Not uncommon to discover right? Things progress and one thing leads to another which leads to the next thing. You guys go out on a “date” to hike a mountain and camp out or something to that tune. He decides he’s ready to pursue more intimate things but you’re just not ready and certainly not willing to compromise. His anger surfaces, you’re getting seriously uncomfortable with the way the situation is playing out, and you want to leave. He continues to fight with you about it, and for one reason or another things have escalated way beyond the point of comfort. You’re now in a situation with an overly aggressive guy who wants to have sex with you.

Believe it or not a lot of rape situations occur while in a relationship with someone you thought you could trust. Aside from the obvious reason, this is another reason why most rapes go unheard of. Half the time it ends up happening, and continues to happen because the woman is too afraid to get out of an abusive relationship. But this article isn’t about rape. This is just a realistic example in which the Escape & Evasion tactics i’m about to explain could potentially save your life. There’s plenty of other examples that you should now be able to imagine happening, male or female, in which preparedness would be a critical skill set to adopt.

The following tactics are based around discipline. These 3 disciplines when combined will dramatically reduce your footprint to avoid detection in an Escape & Evasion situation. Which is exactly what you need to do in order to survive and evade capture.

Noise: Day or night, noise is going to really work against you. If you’ve ever been out in the woods alone and just stop and listen. Maybe you’re being tracked by a group of people. A good example of this would be earlier this year when I taught a kids survival class here locally for the nature program. The class had 20 or so kids in it and I was set up in the outdoor classroom waiting on them to hike up and meet me. I heard them marching through the woods and talking with normal kid voices nearly 5-10 minutes before they even arrived. I could hear everything. From the breaking of sticks, to the sound of the crowd. Noise can work in your favor for evasion purposes. But it can obviously also work against you should you in a situation where you’re being tracked. So it’s important to be conscious about the fact that noise discipline goes both ways, for the predator, and the prey.

Light: Chances are it’s night time. If that’s the case, light will be an effective tool to light the way, but detrimental in avoiding capture. Much like noise, light can have the same affect. If you have a light source on you it’s critical that you maintain high awareness and discipline. Depending on the light, it could be seen from a really far distance. So if you’re going to use one ensure that you use a filter, red is best. It’s harder to see from the trackers perspective. No matter how far away from the enemy you think you may be, pointing a light in their field of view isn’t something you want to do. Even if you’re far away, it allows them to track you. They would advance to the general area you were in, and they will look for the next clues. Which brings me to the next discipline.

These are just 3 key disciplines to help you stay alive in an Escape & Evasion situation. There are many more tactics that can aid you in this mission.