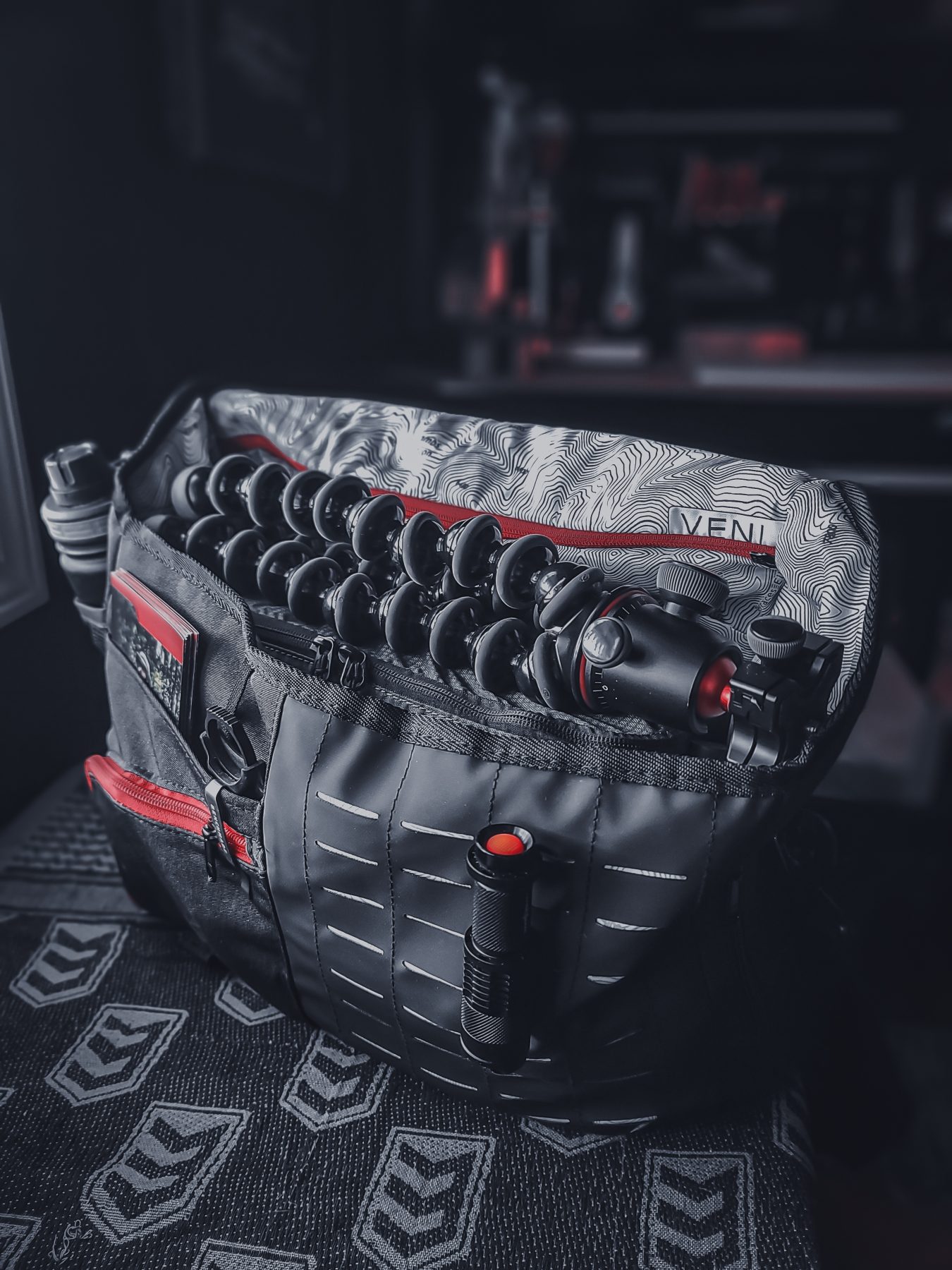 3V Gear has done it yet again, my friends. Today we introduce the Cipher Messenger Bag. One of five new options in their new “Redline” pack series. It’s a sexy hybrid of tactical and practical—a near-perfect design style for most people. The Cipher Messenger Bag is an excellent option for the urban businessman or corporate professional with a mind for preparedness. It’s got some great features, and as always, when it comes to 3VG, phenomenal pricing to match.

Now, a messenger bag is not typically my jam, but I do love this one. For me, I am in a suburban/rural area, and the type of work I do just requires a different set of gear than most people. Gear that’s not super suitable for this type of bag. The Cipher Messenger Bag has some pros and cons, like anything, so let’s dive into it and talk about them.

These new redline bags have a “grayman” design style, and I think it’s pretty dope. It’s going to lend itself to more people. Tactical bags have their place, don’t get me wrong, but I think these will be more practical for most folks. They’ve also upgraded to YKK zippers, which is an excellent step up from their previous packs. One of my favorite new features is the contrasting topo map interior. It’s not random topo either. It’s a mountain range local to 3VG HQ, and I thought that was a unique touch.

It has two entryways to the main compartment, through the flap, or the red zipper. Also, on the backside, there is a zipper pocket with velcro on the inside to fit their shadow shot holster so that you can conceal carry a firearm. I’m not a huge off-body carry person, but for a backup gun, it’s a nice feature to have.

Some cons I discovered for me: the Cipher Messenger Bag doesn’t have much in terms of structure/support. I like bags to sit upright, and a little structural support goes a long way with me. However, having a laptop in the bag just might add enough structure for this to be a non-issue. I just don’t currently carry one. The other thing I don’t love is the open end. Because the flap is slanted and the latch is on one end, one side can seem slightly open if you have enough gear inside. It’s not a huge deal, but it was enough to bug me. I do like the hook and loop ladder system for securing the flap and the aesthetic of it all; I just don’t know if I’m sold on it functionally.

It could stand to have a couple more small zipper & mesh pockets. The admin panel is a little on the small side. However, this is also a bag more suited for a minimalistic kind of person, so this con is pretty subjective. I did have to use an extra admin pouch from Maxpedition to accommodate some overflow of smaller items. Overall, there’s a lot to love about the Cipher, and my cons might not be cons for most people.

Be sure the check out the video above for more details, specs, and visuals. Also, go check out 3VG and grab a Cipher Messenger Bag or one of the four other bags in their new lineup. They’re always listening to fans and customers so be sure to let us know what you think about their gear and we will put in a good word for you!

Getting loaded out for some dirt time next week to

Shout out to our new friends over at @nutrientsurv

Gotta have a purpose. Do you know yours? Let us k

Been rolling with the 3VG Transit for #EDC the pas

What's hidden to us might not be so hidden to othe

How many fisher/kayak fans do we have!? I think it

When you're as ambitious as I am it's really easy

Broke in the yak this weekend! Who would like to s

Accountability: Why Is It Critical In Your Life?

Accountability: Why Is It Critical In Your Life?