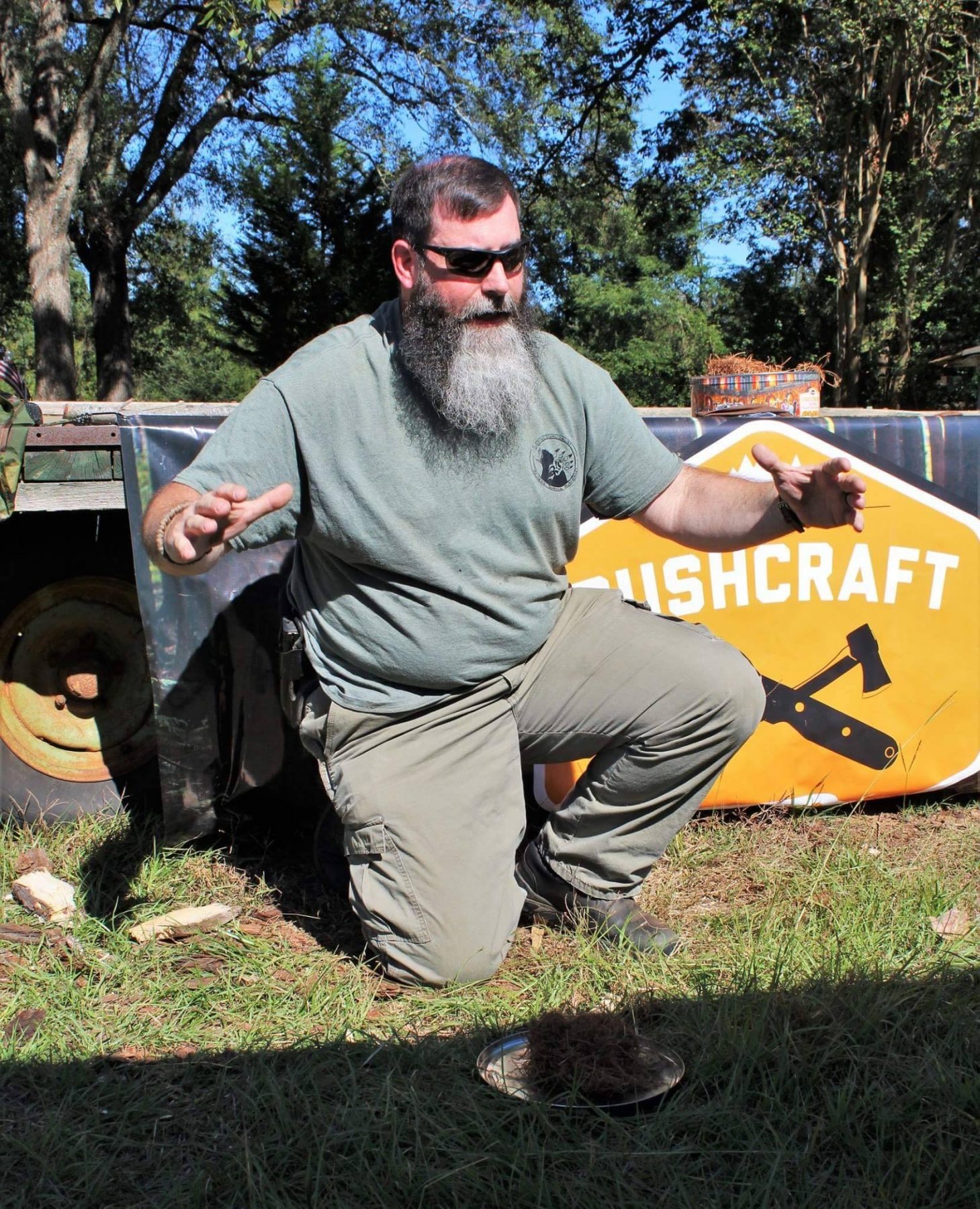 Bill has been playing and learning in the woods since the age of 6. Learning was in the Eastern Woodlands as well as the swamps of South Georgia. While not wanting to limit his knowledge to one style, he learned from a myriad of cultures and groups: from military to Native American to indigenous people of other countries.

Bill has learned that it is not just about learning, but about putting in the time and effort to hone and enhance skills from primitive cultures and to new ways of thinking which include modern technology. This “dirt time” increased his love of the outdoors.

Evidence of his skills was when he tracked a man through the swamp only to come out twenty feet away from where the man originally emerged. When asked how he accomplished it, Bill shrugged and replied, “I just used my instincts”.

To expound on the medical knowledge he learned as a youth, he traveled and encountered various diseases such as tuberculosis, malaria, and both waterborne and environmental issues. He took the knowledge to another level by becoming a certified ASHI Wilderness WFA/WFR Instructor and ASHI CPR/AED Instructor. Additionally, he has completed the coveted Pathfinder Advanced Survival Training without prior classes.

While based in Georgia, Bill taught his Wilderness Skills in person, via YouTube and at various gatherings and workshops. He has shared some of his skills with tribes in Africa, South and Central America, and various islands and has taught in personal and group settings to adults and children of all ages.

At 50, he moved to Western Montana with his wife to live out his dream of starting a Wilderness Survival School, using his entrepreneurial skills as an affiliate marketer, and passing his knowledge in all aspects to others.

With plans to retire from the grind of corporate America, Bill follows the War Planning system set out by Ian at Mask Tactical and holds it as a roadmap to complete his mission in life. He enjoys all aspects of the outdoors with hunting, fishing, camping, hiking, and archery rounding out his love of just BEING outside.