Recently Kim Kardashian was “held at gunpoint and robbed of over 10 million dollars worth of jewelry”. Now I don’t know how true the story is, but let’s give the benefit of the doubt here and say that it’s true, and because of the lack of OPSEC, she compromised her security by being so transparent on social media. Kim Kardashian could have definitely used this Lag Posting Tactic in order to avoid this kind of situation. I don’t care a bit about her, as i’m sure many of you don’t either. However, she’s a prime example to premise this article.

A word that’s mostly unknown to civilians. Us military guys are familiar with the term, but it’s nonetheless important for anyone that’s interested in their safety. OPSEC (Operations Security) simply means security measures that you’ve put in place to protect the critical details of your mission. In the military it protects combat maneuvers so the enemy doesn’t know what to expect. We obviously don’t want the enemy knowing our strategy. It also actively saves lives in the process. So why do average people in society have such little regard for this?

In the civilian world we are not taught this kind of stuff. Especially younger generations. Kids and most adults walk around buried in their devices all the time. While walking, while driving, etc. Here’s what the real problem is though.

You see, we crave attention so much and social media has allowed us to tell the world as soon as we want to. For most of us that’s immediately, and that’s the problem. This is why I am a huge advocate for Lag Posting. 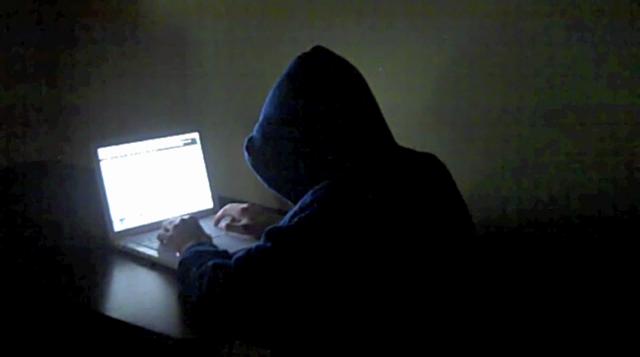 Lag posting is quite literally exactly as it sounds. Ever played a video game online? Of course you have. Sometimes the game skips, or your player gets stuck in a wall, or you shoot someone 700 times and it takes 15 seconds for the bullets to finally hit them, by this time you’ve already ran across the map and you get a random kill out of nowhere, which is cool, but it is a prime example of LAG. Lag posting on social media is a great way to still be able to moderately broadcast your life without compromising as much of your security. Lag posting simply means making your posts delayed. Yes this means you have to sacrifice the world knowing something a couple hours later than they normally would, but isn’t your safety more important? What about the safety of your kids or family?

Lag posting for a guy like me, being a public figure and business owner is a lot more difficult because of how much content I create. I am widely transparent, more than I like to be at times. I am intentionally this way because it’s what my career demands of me to be successful to an extent. However, lag posting is still a utilized tactic of mine that I employ to reduce the amount of risks I assume.

When we actively broadcast our life we are risking 2 things.

If the post is live or immediate we let criminals know exactly where we are. Just posted a gym selfie at 6:00pm? That’s great, get your workout on. Did you leave your GPS signal on or check into the location your gym is? Can the gym be identified from logos on the walls or something like that? From a criminal’s perspective, this lets them know that you’re not home for one, but it also let’s them know the current location so they could park outside and stalk you all the way home to find out where you live. A big reason why lag posting is so effective for protecting you from this is because if you lag posted that gym selfie, you’re probably already back home sitting on the couch while the criminal is wondering where you’re at.

Even with lag posting it is possible to identify a person’s routines. It will take more work to figure out the specific times they are where and when, but it’s still possible. For criminals though, it’s simply all about making something a lot more difficult than it should be and chances are, they’ll select another target. Think about it like the mountain of success in life. We all want to be successful, but to get there we have to climb this mountain. 25% of the way up we get sick or injured. At 50% we get into some legal trouble and get pushed back down. We finally make it back up to 75% and we are doing great, then the boss tells you they’re cutting jobs and let’s you go. You might make it to the top, but for the majority of people in life they give up and change paths when the going gets too tough for their desire to achieve the goal.

The next thing to consider, is if you’re posting things that could compromise another individual’s security too. For example, the gym selfie. Did you take it with your lifting buddy? Or when you go out to dinner and take a family photo. Think about all the people you are broadcasting their information to as well. When we post things with other people and tag them the criminals out there can see them just as easily as they see you. It’s not your job to protect these people, but you should nonetheless be considerate. Try to always ask but at the very basic level you should always be lag posting when it’s a post that could compromise security. [/ihc-hide-content]

These tips, combined with a bunch more that I mention here in my complete breakdown of Situational Awareness will greatly improve your survivability. Be sure to watch this video.